Skip to content
Previous Next
Lack of sea ice near Savoonga, Alaska and Lower 48 weather

Lack of sea ice near Savoonga, Alaska and Lower 48 weather

Last month, villagers in Savoonga landed a bowhead whale. Before 2017, in every January people can remember, sea ice surrounded St. Lawrence Island, locking it in for the winter. Boat-launching and whale-taking were not possible. 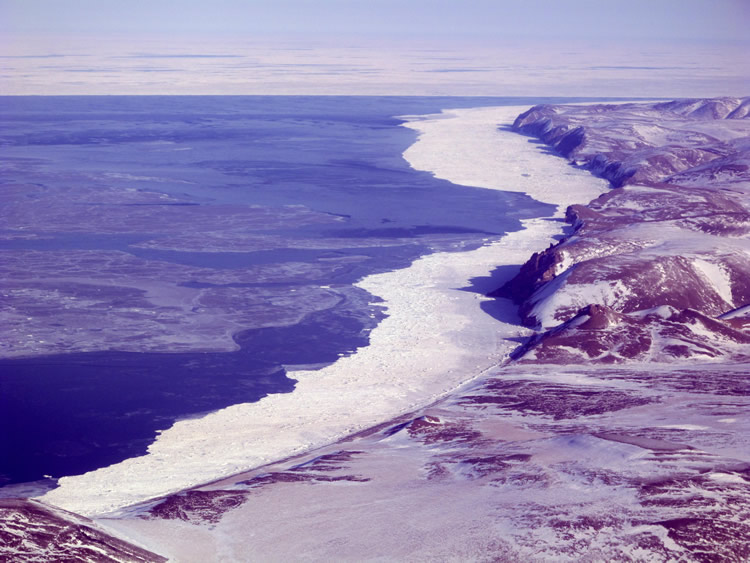 Now, the disc of ice chunks floating on the northern oceans is smaller than any recent year except 2010. The Bering Sea west of the Alaska mainland is wide open; satellites show a patch of dark seawater there that was usually ice-covered from 1981 to 2010. A few states could disappear in that swath of blue.

Unless you are now eating muktuk in Savoogna, it’s hard to pinpoint the effects of less sea ice floating on the northern oceans. But some researchers say the northern ocean — now absorbing so much more heat and reflecting so much less — is affecting weather far from the Arctic.

“It’s setting up bizarre weather patterns that are happening more often,” said Jennifer Francis of Rutgers University Department of Marine and Coastal Sciences. At the fall meeting of the American Geophysical Union in San Francisco, she gave a presentation in which she related a warming Arctic to extreme weather events at mid-latitudes.

The added heat up here has resulted in a lot less sea ice, as is now evident in the splashy Bering Sea around St. Lawrence Island.

The retreat of the ice has led to less of a temperature contrast between the North Pole and places like middle America. That diminished difference has slowed the ribbons of fast-flowing air miles above the planet known as jet streams.

The polar jet stream exists at 30,000 feet and above and flows in a wave-like fashion over North America. The paths of jet streams steer storm systems. In what Francis called the “good old days,” a jet stream ridge might reach up to a winter Alaska locked in sea ice and very cold air. Now, on the trip north, the jet stream is gulping big rushes of relatively warm, moist air in areas where sea ice is missing.

“If the ridge happens to appear over Alaska, it may be able to access more heat, making it more intense and persistent,” Francis said.

An example is the “ridiculously resistant ridge” that blocked winter storms from hitting the coast of California from the winter of 2012-2013 until recently, causing a drought in the state.

A lack of sea ice and the warmer air that interacts with the jet stream is not the only part of the story, but it’s an intriguing one, Francis said. There are lots of natural processes going on, and the slam-dunk effects of less sea ice are hard to tease out. But we may find crazy weather in the Lower 48 combined with an increasingly warming Arctic is the new normal, she said.