The Totem Bight State Historical Park is ten miles north of Ketchikan. The 11-acres park has 15 restored and re-carved totem poles as well as a colorful community house. Totem Bight also has one picnic shelter that can be reserved. The park sits among a lush rainforest and the rocky coastline of Tongass Narrow and has beautiful views of the ocean and a kelp forest along the beach.

With the growth of non-Native settlements in Southeast Alaska in the early 1900’s, and the decline of a barter economy, Natives moved to communities where work was available. The villages and totem poles they left behind were soon overgrown by forests and eroded by weather. In 1938 the U.S. Forest Services began a program aimed at salvaging and reconstructing these large cedar monuments. By using Civilian Conservation Corps (CCC) funds to hire skilled carvers from among the older Natives, two things took place: young artisans learned the art of carving totem poles, and totems which had been left to rot in the woods were either repaired or duplicated. 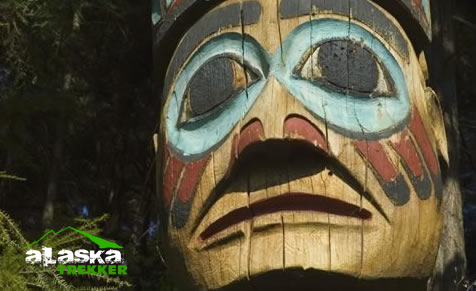 By the time World War II slowed down the CCC project, the community house and 15 poles were in place. The name of the site was then changed to Totem Bight. At statehood in 1959, title to the land passed from the federal government to the State of Alaska, and the Totem Bight site was added to the National Register of Historic Places in 1970. At that time it came under the management of the State Department of Natural Resources for continuing historic preservation treatment by the Division of Parks and Outdoor Recreation.

From Ketchikan Airport, ferry across, turn left on North Tongass Rd. Located at milepost 10 of the N. Tongass Rd.
From the tourist dock: Buses go on the hour. 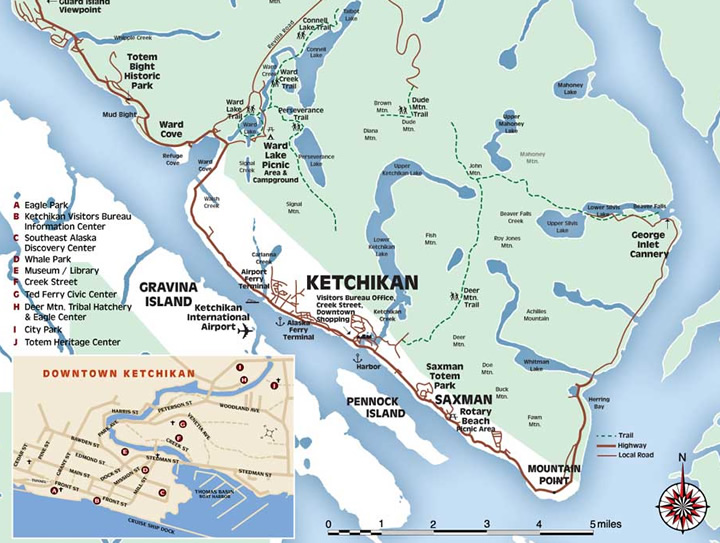