The heart of Alaska’s Kenai Peninsula lies snuggled between the mouth of the famous Kenai River and the bluffs of Cook Inlet. The Kenai Alaska culture and history that coexist with its modern growth characterize Kenai, the largest and oldest city on the peninsula. You can stroll miles of beaches along the inlet, tour the Kenai Fine Arts Center and a variety of galleries, and enjoy spectacular sunsets in the shadow of Mount Redoubt.

Here’s the Kenai Chamber of Commerce website for more information.

Archaelogical evidence suggests that Kenai Alaska was first occupied by the Kachemak people from 1000 B.C., until they were displaced by the Dena’ina Athabaskan people around 1000 A.D.

Before the arrival of the Russians, Kenai Alaska was a Dena’ina village called Shk’ituk’t, which means “where we slide down.” When Russian fur traders first arrived in 1741, about 1,000 Dena’ina lived in the village. The traders called the people “Kenaitze,” or “Kenai people.”
In 1791, a Russian trading post, Fort St. Nicholas, was constructed in the middle of the village for the purposes of fur and fish trading. It was the second permanent Russian settlement in Alaska. 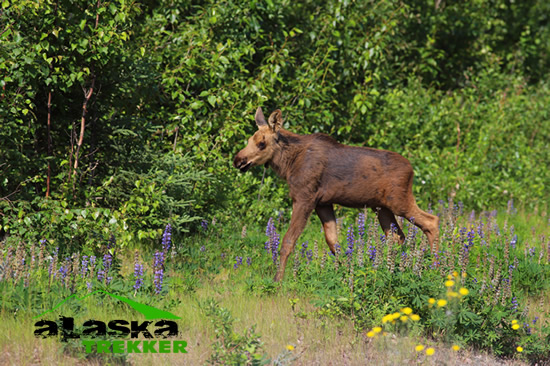 Hostilities surfaced between the natives and settlers in 1797 when what is dubbed the battle of Kenai, an incident in which the Dena’ina attacked Fort St. Nicholas, resulting in over one hundred deaths from all involved parties. Later, in 1838, the introduction of smallpox killed one half of the Dena’ina population. bIn 1869, after the Alaska Purchase the United States Army established a post called Fort Kenay. It was soon abandoned.

In 1888 a prospector named Alexander King discovered gold on the Kenai Peninsula. The amount of gold was small compared to the later gold finds in the Klondike, Nome and Fairbanks.
In 1894, the Holy Assumption of the Virgin Mary Russian Orthodox Church was built in the village. It is still in use today.
The establishment of shipping companies in the early 1900’s broadened Kenai into a port city. Canning companies were established and helped fuel the commercial fishing boom that was the primary activity through the 1920’s. In 1937, construction of the Kenai Airport began.
In 1940, homesteads were opened in the area. The first dirt road from Anchorage was constructed in 1951; pavement would not arrive until 1956 with the construction of the Kenai Spur highway.
A military base, Wildwood Airforce Station, was established in 1953 and served as a major communications post. Though now defunct, the building presently serves as the Wildwood Correctional Facility.
In 1957, oil was discovered at Swanson River, 20 miles northeast of Kenai. This was the first major oil discovery in Alaska. In 1965, offshore oil discoveries in Cook Inlet caused a period of rapid growth and a huge expansion of Anchorage.

The Kenai Alaska Refuge consists of the western slopes of the Kenai Mountains and forested lowlands bordering Cook Inlet. The lowlands are composed of spruce and birch forests intermingled with hundreds of lakes. The Kenai Alaska Mountains with their glaciers rise to more than 6,000 feet presenting a barrier on the southeastern boundary of the refuge. The refuge is a miniature Alaska, with some of all habitat types of Alaska-tundra, mountains, wetlands and forest. 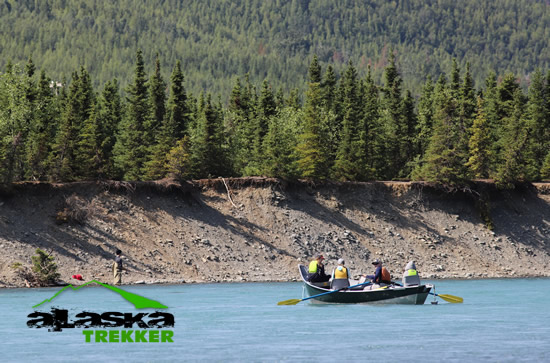 The refuge is accessible from the Sterling Highway. Travelers are treated to a panoramic view along the 110 mile drive from Anchorage to Kenai’s mid-eastern boundary. Fishing is excellent. There are over 200 miles of established trails and routes including the Swanson River Canoe Trail. Visitors can fly to remote lakes, take horse pack trips into roadless areas or float a whitewater river. Developed facilities are available year round for day and overnight camping.

Kenai is located on the western coast of the Kenai Peninsula, fronting Cook Inlet. It lies on the western boundary of the Kenai National Wildlife Refuge, on the Kenai Spur Highway. It is approximately 65 air miles and 155 road miles southwest of Anchorage via the Sterling Highway.

Drive the 3-hour National Scenic Byway from Anchorage to Kenai. Stop along with way at numerous marked scenic access viewing points, wildlife viewing stations and hiking trails. Gas stations and facilities are available one hour south of Anchorage in Girdwood and two hours into your drive time in Cooper Landing. Public restrooms are available at numerous places along your route.
Scheduled air taxi and air charter. Bring your RV on the scenic route. RV parks, dump stations, chain retail stores and many local services are all available in Kenai will provide convenience and access to the services you need to enjoy your travels. Era Aviation and Grant Aviation are the two commuter air carriers that operate regularly scheduled 25 minute flights from Anchorage to Kenai and Anchorage to Homer.