The Little Norway of Alaska

The quaint little town of Petersburg is an Alaska town that still makes its living from the sea and is not a port of call for large cruise ships. Leave the crowds and tourism behind, and travel to this thriving fishing village with a strong Norwegian heritage. Petersburg is located on Frederick Sound near the summer feeding grounds of hundreds of humpback whales. The Stikine–LeConte Wilderness Area, with its beautiful LeConte Glacier calving off tons of bright blue icebergs, is a short boat ride away.

The north end of Mitkof Island was a summer fish camp utilized by Kake Tlingits from Kupreanof Island. Some began living year-round at the site, including Chief John Lot. Petersburg was named after Peter Buschmann, a Norwegian immigrant who arrived in the late 1890s. and homesteaded on the north end of the island. He built a cannery, a sawmill and a dock between 1890 and 1900. His family’s homesteads grew into Petersburg, which was populated largely by people of Scandinavian origin thus giving Petersburg the nickname “Little Norway”. As of today, May 17th (Norwegian Independence Day) is celebrated annually in Petersburg.

LeConte Glacier, the continent’s southernmost tidewater glacier, is a short boat ride or air taxi trip away. The wealth of ice and fish made helped Petersburg get its start in the fish-processing industry.

Kayakers explore the mouth of the Stikine River, which empties into ocean at the south end of Mitkof Island. The area is reachable via the Mitkof Highway from Petersburg. There are several Forest Service public-use cabins across Dry Strait in the Stikine LeConte Wilderness of the Tongass National Forest.

The Stikine Flats intertidal wetland attracts wildlife to its habitat, which changes from mud flats and grass to forests of cottonwood and spruce. Ducks, geese and sandhill cranes migrate through in the spring and fall. In the spring, hooligan (or eulachon, a kind of smelt) move into the river to spawn, attracting hundreds of bald eagles. Charter boats and floatplanes are available in Wrangell and Petersburg. There Petersburg Map are Forest Service public-use cabins for rent on the flats. 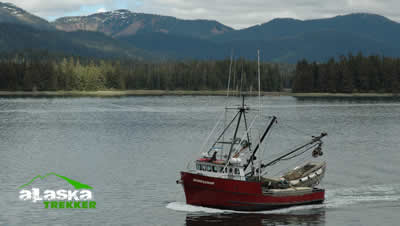 Humpback whales pass through Frederick Sound. Spawning salmon may be found at the Falls Creek fish ladder along the highway, as well as at Petersburg Creek and Blind Slough, an important feeding stop in autumn for trumpeter swans. All have road access

The Crystal Lake Fish Hatchery — silvers, kings and steelhead — on Mitkof Highway is open for tours.

Devil’s Thumb, standing nearly 10,000 feet tall on the coast mountain range about 100 miles to the northeast, is a prominent landmark viewed from Petersburg, the closest town.

Petersburg has a campground downtown, but it’s usually filled with cannery workers. There’s also RV camping downtown, plus campgrounds south on the Mitkof Highway. There are also Forest Service cabins in the area.

Hiking is generally done across the Wrangell Narrows, where the Petersburg Lake Trail and the Petersburg Mountain Trail head off into the Tongass National Forest.

Depart the Petersburg waterfront and immediately enter the lush wilderness of the Tongass National Forest with an experienced Alaska bush pilot. Whether you want to land on a mountain lake, fly over fjords, view glaciers and wildlife or just enjoy the phenomenal and breathtaking beauty of the last frontier. Scheduled services are also available to Prince of Wales, Wrangell, and Hyder.
Book A Flight Here

Petersburg’s climate is characterized by mild winters, cool summers and year-round rainfall. Average summer temperatures range from 40 to 56; winters average from 27 to 43. Annual precipitation averages 106 inches, including 97 inches of snow.

Petersburg is located on the northwest end of Mitkof Island, where the Wrangell Narrows meets Frederick Sound, lying midway between Juneau and Ketchikan, approximately 120 miles from either community.

The community of Petersburg is accessible by Alaska’s Marine Highway System. The terminal is accessible by a dock 1 mile west of the downtown. AMHS has at least one arrival and departure daily throughout the summer months.

Major commercial air carriers have daily flights from Anchorage and most of the major cities in Southeast Alaska. Flexible air transportation to and from Petersburg is also available from private charter companies based out of Petersburg.

Petersburg is a full service community with many options for lodging (bed and breakfasts, motels, lodges, RV parks, and campgrounds), full medical services including ambulance service and a hospital. Car rentals, groceries, cafes, and restaurants are also available.

Link to the Petersburg Chamber of Commerce page.

Link to the Petersburg City page.