This year, 56 million sockeye salmon swam hundreds of miles from the ocean toward the rivers and streams of the Bristol Bay watershed in southwest Alaska.
Many that escaped fishermen and bears leapt over waterfalls and used a mysterious combination of the Earth’s magnetic field and their own sensory memories to locate the exact streams where they were born — and then spawned, made gravel nests for their young, and died.

Such a mine “would result in complete loss of fish habitat due to elimination, dewatering, and fragmentation of streams, wetlands, and other aquatic resources” in some areas of the bay watershed, the EPA found after three years of peer-reviewed research. In particular, the EPA estimated 22 miles of streams and more than 6 square miles of wetlands and other habitats that are important to salmon and other fish would be lost to a large-scale mine. 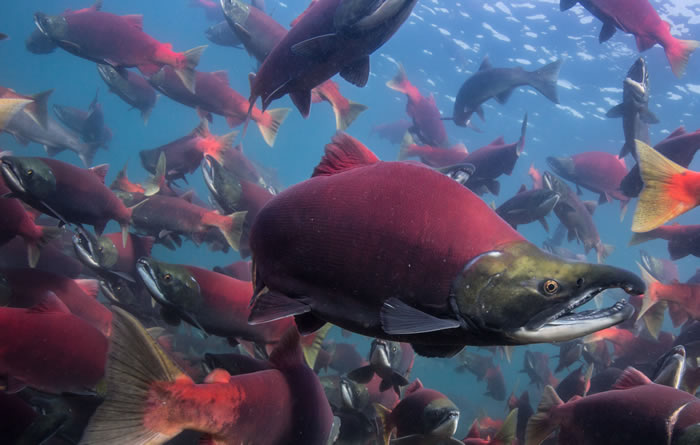 For more than 15 years, Northern Dynasty Minerals, a Canadian mining company, has sought to build a gold and copper mine in Bristol Bay. And this spring, the Trump administration took swift action to make that prospect more likely.