NOAA is designating Kachemak Bay, Alaska, as its next Habitat Focus Area. Kachemak Bay, located in southern Cook Inlet, is valuable for its recreational, subsistence, and commercial fishing, marine transportation, tourism, and threatened and endangered species. The ecological richness of this area is vulnerable to impacts associated with development activities, changes in ocean acidity, and changes in water conditions due to melting glaciers. The region has experienced significant declines in shrimp and Dungeness crab that have not recovered despite fisheries closures.

The Habitat Focus Area designation means NOAA will concentrate effort and resources from multiple NOAA line offices on clearly defined habitat objectives in Kachemak Bay, as well as work collaboratively with external partners, including the State of Alaska, to further habitat goals. As a designated habitat focus area, Kachemak Bay can be considered for Federal Funding Opportunities. 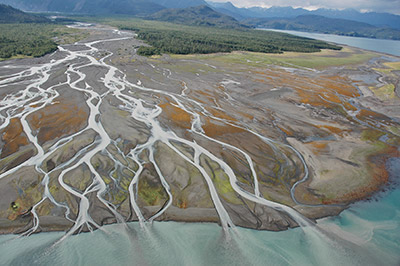 “Alaska is on the front lines of ecological changes, which could impact our economy, as well as marine and coastal ecosystems,” said Jim Balsiger, Alaska regional administrator for NOAA Fisheries. “By directing our expertise, science resources, and on-the-ground conservation efforts in Kachemak Bay, NOAA can work with our partners to sustain Alaska’s marine, coastal, and watershed ecosystems, and support strong, resilient coastal communities.”

Kachemak Bay has already been recognized as a State of Alaska Critical Habitat Area and a NOAA National Estuarine Research Reserve under the Coastal Zone Management Act. While there is an extensive scientific body of knowledge of the Kachemak Bay habitats, NOAA and its partners have yet to fully synthesize that knowledge. Therefore, through designation of this Habitat Focus Area, NOAA will seek to improve how coastal data and science is used in a systematic and strategic approach to inform effective decision making.

Selection of Kachemak Bay as Alaska’s Habitat Focus Area signals NOAA’s commitment to strengthening these partnerships to focus collaboratively on better understanding, protecting, and restoring habitat for the benefit of our living marine resources and coastal communities. Kachemak Bay will serve as a testing area to improve use of NOAA mapping and model information, with the goal of developing new tools for habitat assessment, and state and federal shellfish and groundfish management. New products developed through Kachemak Bay habitat focus area collaborations will also be used in other coastal areas in Alaska.

NOAA’s mission is to understand and predict changes in the Earth’s environment, from the depths of the ocean to the surface of the sun, and to conserve and manage our coastal and marine resources. Join us on Twitter, Facebook, Instagram and our other social media channels at http://www.noaa.gov/socialmedia.

To learn more about NOAA Fisheries in Alaska, visit alaskafisheries.noaa.gov or www.afsc.noaa.gov.