Using the tiniest of clues, scientists have determined what probably killed the woolly mammoths of St. Paul Island — thirst.

“It looks like climate did them in,” said Matthew Wooller, the UAF scientist who in 2013 went to St. Paul as part of a diverse team and brought back lake cores for analysis. “The smoking gun looks like access to freshwater resources was the coups de gras.” 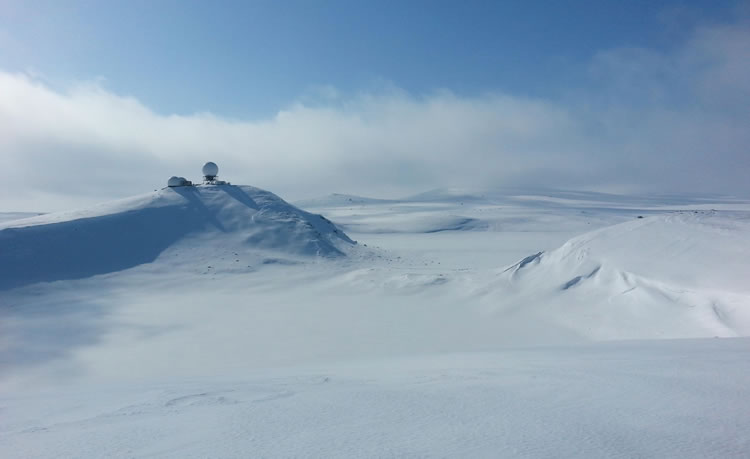 Wooller and other researchers have been working on the mystery for a few years. They used tools that help them analyze tiny things like ancient pollen grains and fragments of a fungus that lived on animal dung. Their research, in which they “solve the puzzle of extinction” of the St. Paul mammoths, just became public in the journal Proceedings of the National Academy of Sciences.

Some background of the woolly mammoths of St. Paul:

The Bering Sea island that could today fit within the limits of any Alaska city was beachfront property during the height of the last ice age. As glaciers melted and sea level rose to flood the Bering Land Bridge, St. Paul became an island. That happened about 13,500 years ago.

The isolated mammoths of St. Paul survived until about 5,600 years ago. Scientists know that because they dated the tooth of one of them found in a cave. St. Paul must have been a nice place for mammoths: the beasts survived there for more than 5,000 years after they vanished from mainland Alaska.

The lush green volcanic island looks as if it could support mammoths today. Wooller and his coauthors found that the greenery covering the island has not changed much in thousands of years. So, the lack of food was not the mammoth killer.

Because people were not on the island until the late 1700s, the researchers also eliminated our hungry species as the cause of the mammoth disappearance.

A drying climate and shrinking water holes seemed to have doomed the mammoths. According to the remains of ancient aquatic creatures as well as DNA and radiocarbon testing, crater lakes on the island became saltier and more toxic as time went on.

Elephants, the closest living relatives to mammoths, need to drink at least 18 gallons of water each day, the scientists wrote in the paper. The St. Paul mammoths may have needed even more water to cool their huge bodies adapted to retain heat.

The lakes of St. Paul today are probably similar to the holes in which mammoths splashed: shallow groundwater basins perched on a base of seawater and a few crater lakes with no outlet streams. The scientists figure the deepest lake on St. Paul today was probably the main water source for mammoths. Lake Hill is less than six feet at its deepest and would have been shallower during dry periods.

The scientists found documentation of a similar event involving an extinction of animals on the island of Mauritius 4,150 years ago. There, a severe drought concentrated the animals around saline, toxic lakes.

Scientists from all over the country who teamed up to write the paper came to the same independent conclusions based on tiny clues left behind. Wooller and post-doctoral researcher Kyungcheol Choy used stable isotope analysis to help decipher the tiny universe of information. At the Alaska Stable Isotope Facility on the UAF campus, technicians vaporize tiny samples of things and run the gas through an isotope ratio mass spectrometer. The results tell them about the environment in which a substance was formed.

The fate of the St. Paul mammoths is a familiar story of the importance of freshwater and its vulnerability in changing times, the authors wrote.