How did earthworms reach Alaska traveling 30 feet a year?

Under its own power, an earthworm gains about 30 feet of new territory each year. But that does not help explain how worms got to Alaska.

“It’s almost geologically slow,” Matt Bowser, said of the earthworm’s locomotion. Bowser, Alaska’s closest thing to an expert on earthworms, is an entomologist with the Kenai National Wildlife Refuge. He has taken an interest in worms that exist in surprising numbers in southern parts of the state, probably carried here by people. 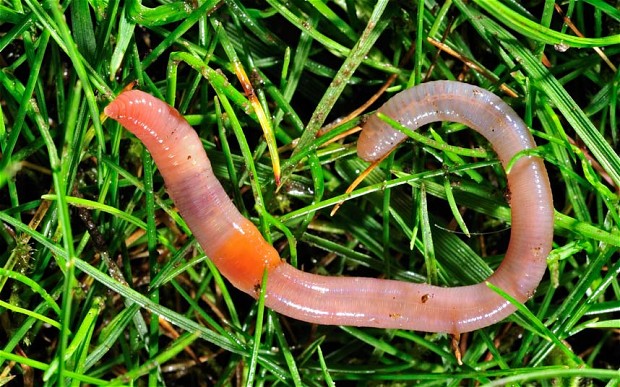 The earthworm is an overlooked creature here. It is the subject of just two studies, one on the Kenai Peninsula refuge at which Bowser works. He and others have found that worms tunnel through Alaska’s soils at least as far north as Trapper Creek and also exist in the Pribilof and Shumagin islands. As far as he knows, most of the 17 species of worms in Alaska seem to be exotic types that have recently settled the last frontier with the help of humans.

“They are continually being bought in bait shops, in potted plants and in transplants of soil,” Bowser said. “A lot can be transported by vehicles — four wheelers and cars can pick up cocoons in the mud of their tire treads.”

Some worms like the red wigglers used to compost can’t survive outside the bin in Alaska. Others can. On the Kenai refuge, researchers have found large worms known as nightcrawlers making a go of it.

“The only place we find them are at boat launches,” Bowser said. “After fishing, people toss them over their shoulder and the worms do quite well.”

Worms were probably eliminated from most of Alaska during the last glacial maximum 20,000 years ago when most of the state was under glacial ice. But some worms might have survived in Interior Alaska, which was not glaciated. Local farmers and gardeners have reported earthworms to University of Alaska Museum Curator of Insects Derek Sikes, but he said the museum has no specimens from central Alaska.

A native earthworm exists in the Yukon, Bowser said, and cold-hardy earthworms live in Siberia all the way north to the Arctic Ocean.

“It would not be a surprise to find relic Beringian worms in the Interior,” Bowser said. “We just haven’t found them yet.”

Are worms a benefit? A curse? Neither? As engineers of the soil, burrowing earthworms improve it for many plants. But in other areas of the U.S., scientists have documented earthworms removing the duff layer of the soil upon which some plants depend. Bowser said farmers in Alaska are curious about worms but have not yet reported problems.

One animal seems to be quite happy earthworms are in Alaska. In a 2014 study, Dan Rinella of UAA found that coho salmon wintering near the Anchor River gorged on exotic earthworms in springtime. Worms were their number one food source.

“When you have an introduced species, you’ll have winners and losers,” Bowser said. “It appears salmon fry can benefit.”

How did earthworms reach Alaska traveling 30 feet a year?